On February 16, in Hai Duong, the Extraordinary and Plenipotentiary Ambassador of Italy to Vietnam and the delegation of the Italian Embassy and the leaders of Hai Duong province had a meeting with An Phat Holdings (APH) at the factory of An Phat Bioplastics.

At the meeting, Mr Dinh Xuan Cuong pointed about An Phat Holdings’ strengths in manufacturing high-tech plastic products, raw materials and bioplastic decomposition products, supporting industries and industrial real estate. With 20 years of development, APH is a closed partner of domestic and foreign enterprises. APH’s long-term partners are located in many countries around the world, especially in Europe with the prominent being Italy and France. “Currently, we are one of the suppliers of high-tech plastic components for large corporations such as Samsung, Honda, Toyota and Piaggio”, said Mr. Cuong.

An Phat Holdings is also promoting the development of industrial real estate with two industrial parks An Phat Complex (100% occupied) and An Phat 1 (under the ground completion). These are the strengths for An Phat Holdings to boost production and cooperate with many domestic and foreign enterprises.

Besides, with the desire to support Italian businesses to invest in Vietnam, Mr. Antonio Alessandro looks forward to An Phat Holdings sharing the benefits of An Phat Complex and An Phat 1 industrial zones as well as developing automation lines.

To answer those questions, Mr. Dinh Xuan Cuong said that An Phat Holdings had seen the trend of plastic products and decided to change its strategy. Focusing on developing biodegradable plastic is the result of many discussions with foreign partners, researching the world market. It was also the story of the An Phat Holdings development about 7 years ago”, Mr. Dinh Xuan Cuong emphasized.

Regarding industrial real estate, Mr. Pham Van Tuan – Deputy General Director of APH said, the industrial zones of An Phat Holdings, like other industrial zones in Hai Duong Province, still support businesses in tax such as tax exemption for the first 2 years. Either more, An Phat Complex or An Phat 1 are not merely industrial parks for leasing land, but also include service and residential areas to create an industrial park ecosystem. “We want to attract businesses not only to rent factories but also to support connection and supply chain,” said Mr. Tuan.

Sharing more about the strengths of industrial zones, Mr. Cuong said, like industrial real estate invested by Singapore and Japan enterprises, APH provides high-quality services but with more competitive costs, attractive warehouse prices as well as competitive prices. “The importance is that we have different supply businesses to support each one to invest to expand production, most notably to support Piaggio”, Mr. Cuong said

After the meeting, Mr. Antonio Alessandro said that, with the experience and the position of TOP 100 largest private enterprises in Vietnam, An Phat Holdings prove experience and is a partner to learn and invest in the future. 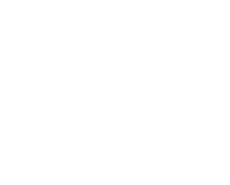